Peter will be releasing new music on 13 August 2021. “Better Man” is a new single that will be out on the usual digital platforms.

The song has been inspired by the #metoo and Black Lives Matter movements and is about people becoming the best versions of themselves.

If you pre-save the song then you could be in with a chance to win tickets to Peter’s online concert on 29 August 2021. Visit https://fpt.fm/app/29995/better-man for more information.

Things have been fairly quiet over the past 18 months – until last week that is.

Just over week ago, Peter reached a milestone by turning 50 and since then the news has been rolling in.

Possibly the most exciting is that new music is on its way. Peter has been teasing recording sessions in the studio on his Instagram account for some time now. With his 50th birthday, it was announced that Peter has signed with Warner Music Sweden and that newly written music will be released at the end of summer. I am taking this to mean either September or October, traditionally a popular time to release albums.

I seem to recall Peter mentioning that he has been working with his songwriting team behind the amazing Humanology album, which is good news. That would be Kathryn Williams and Tobias Fröberg.

Peter is currently on Gotland filming for the next season of the Swedish TV show Så mycket bättre (literal translation = So much better). If you haven’t heard of the show, it gets together a diverse group of Swedish music artists and they all perform versions of each other’s songs. It is very popular and has been around for over 10 years. The songs are released via digital platforms and are also collected together on a CD release. A bonus (for me anyway) is that one of my favourite singers from the 70s, Harpo is also appearing. Outside of Sweden. he was mainly known for the worldwide hit Moviestar but within Sweden he has a full catalogue of music stretching over several decades.

Peter also mentioned in passing that he has been filming a new movie in Malmö. No other details as yet.

A Peter Christmas wrap up

It’s been a little difficult to update the site recently and all though Christmas is behind us, I thought I would combine a few newsy type items in the one post.

Peter’s Christmas movie has done well, reaching number 2 on the Swedish box office charts, just behind”Joker”. Reviews have been positive, some noting the dark themes, darker than you would expect from a Christmas movie. Despite this, there is still a feel good factor and critics have praised the director and of course Peter. Keep an eye out for it at film festivals or the DVD and Blu-ray releases due in March. 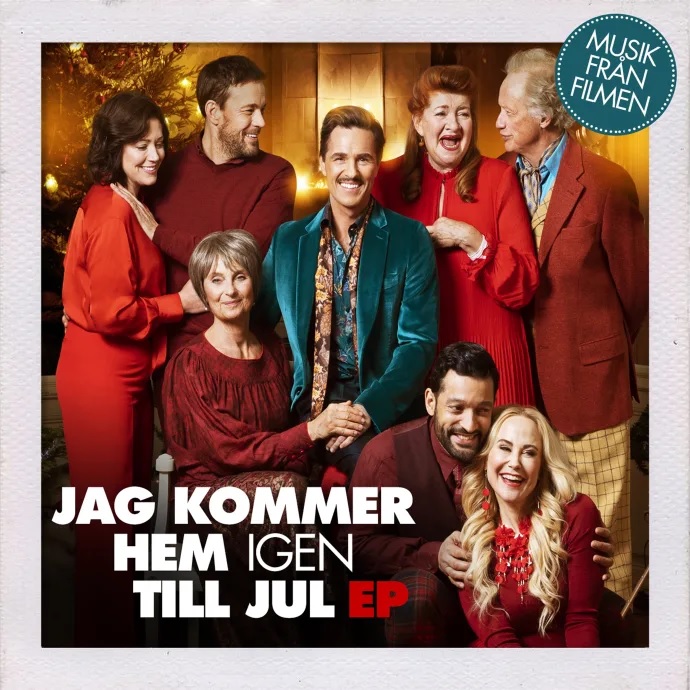 Alas, no soundtrack but there is a 3 track digital EP available through the usual online providers. It contains the single “När natt flyr” and new versions of “Jag kommer hem igen till jul” and “Jag tror på dig”. Well worth checking out.

There is a music video for the new version of”Jag kommer hem igen till jul” (above), featuring more clips from the movie.

You may recall that “Jag tror på dig” is the Bob Dylan song from Peter’s Christmas album sung as a duet with Eva Dahlgren. The New version has a second uncredited male voice and although I haven’t seen the movie, I am guessing it is Johannes Kuhnke, who plays the brother. Johannes is also a singer and he even participated in Melodifestivalen back in 2010, the same year that Peter competed with”Hollow”. 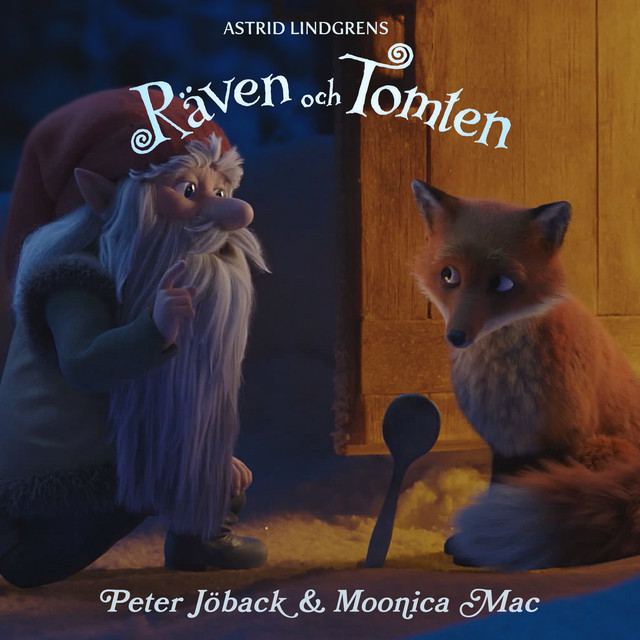 Finally, another Christmas song from Peter, a duet with Moonica Mac. It is taken from a new animated short film based on the Astrid Lindgren picture story called “Räven och Tomten” (the story has been published in English as “The Tomten and the Fox”). The song with the same name is available through the usual online providers. The film was shown on SVT on Christmas Eve and can still be seen on SVTPlay albeit only in Sweden.

The song can be heard on Spotify and YouTube.

The music video features Peter at the piano intercut with clips from the movie. Great video for a beautiful song. It really makes me wish I could see the movie but it’s not playing in Australia. Maybe at next year’s Scandinavian Film Festival.

A new Christmas single from Peter has just been released. “När natt flyr” (When the night flies by) is a beautiful song and is the first single to be taken from the forthcoming soundtrack (no details yet) for the movie “Jag kommer hem igen till jul”.

It is available through the usual digital outlets including Spotify. 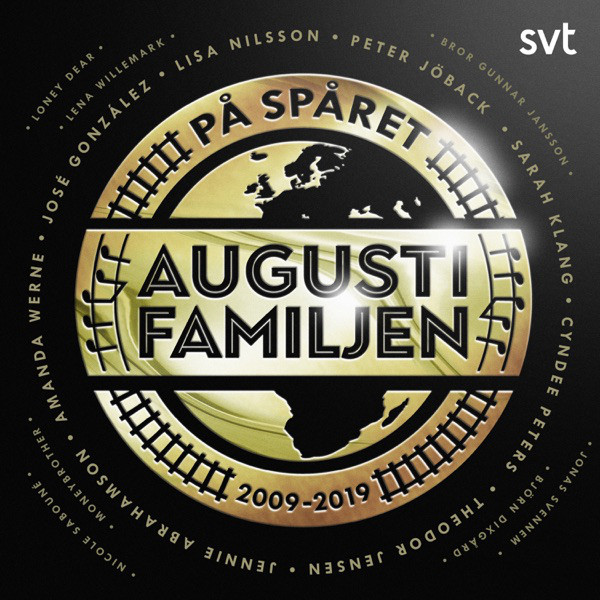 På Spåret is a TV game show shown on SVT and Augustifamiljen is the house band. The show features musical guests and Peter has appeared a couple of times.

The album features a selection of performances from the past decade. Peter is represented with a version of the Bacharach/David classic “Arthur’s Theme (Best That You Can Do)”.

The album is available on CD in Sweden and through the usual digital outlets.

You can hear the song below and also see Peter’s appearance on the show.

Comments Off on Arthur’s Theme

END_OF_DOCUMENT_TOKEN_TO_BE_REPLACED 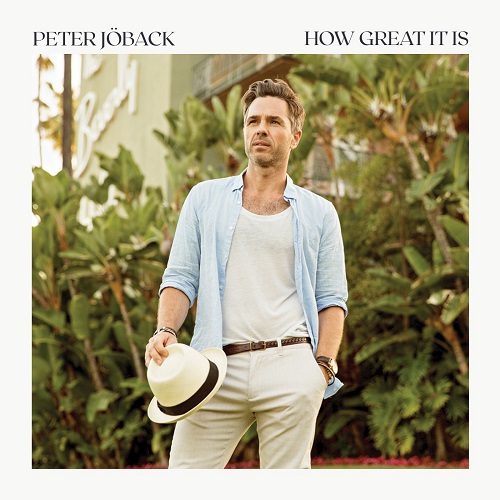 Peter has released another single from “Humanology”. It is a two track single of “How Great It Is” plus a new remix of “Dancing”. It is available through the usual digital outlets. 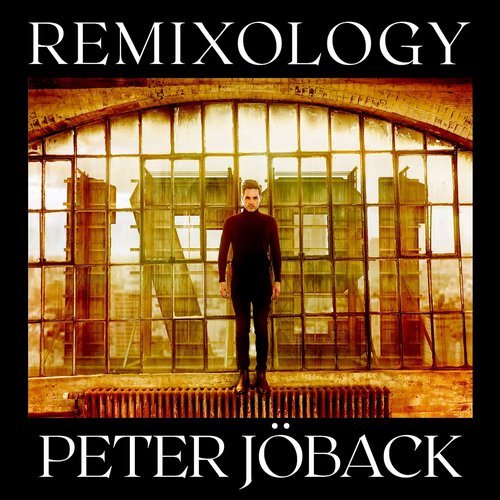 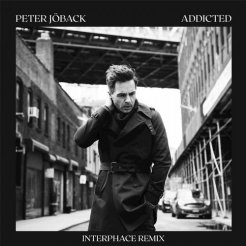 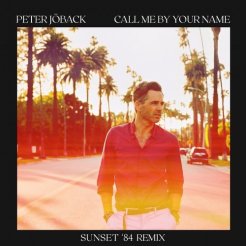 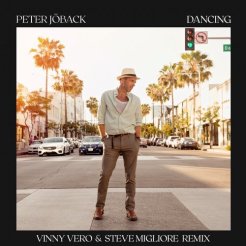 Peter has released remixes of four songs from the Humanology album. They are available through the usual digital platforms.