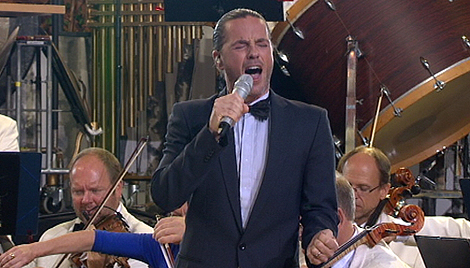 Peter appeared on “Allsång på Skansen” last night and debuted a song from his upcoming album. The album is a collection of French songs translated into Swedish.

The song is called “Precis som vanligt” (literal translation = “As Usual”) and is the Swedish version of “Comme d’habitude”, better known to most of the world as “My Way” made famous by Frank Sinatra.

The Swedish lyrics were written by Andreas Mattsson and the song was arranged by Hans Ek.

Here is a clip of the song.

This entry was posted in Appearances, Video. Bookmark the permalink.